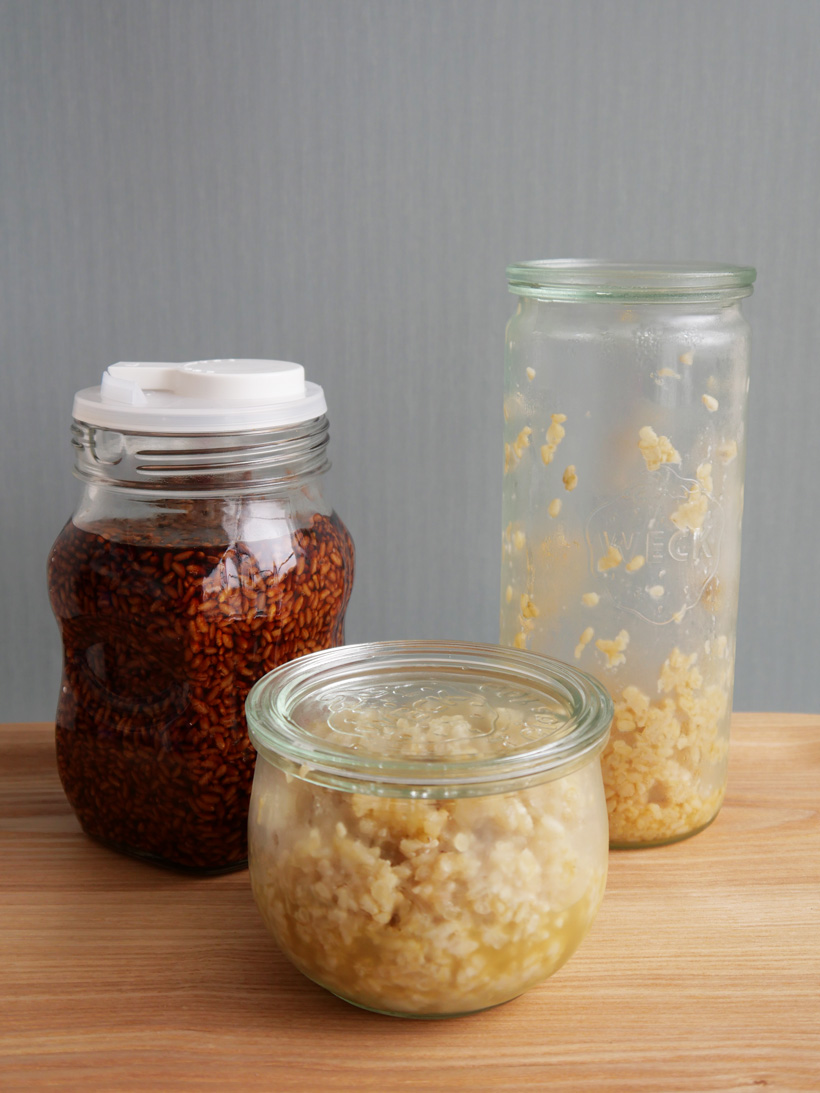 If I were asked to name staple condiments for Japanese cooking, I would say the koji musketeers!

Koji (麹) is a type of mold that is indigenous to Japan and is used to make fermented Japanese foods such as soy sauce, miso and sake. Koji works wonders on foods as it creates two essential flavors in Japanese cooking: umami and sweetness. 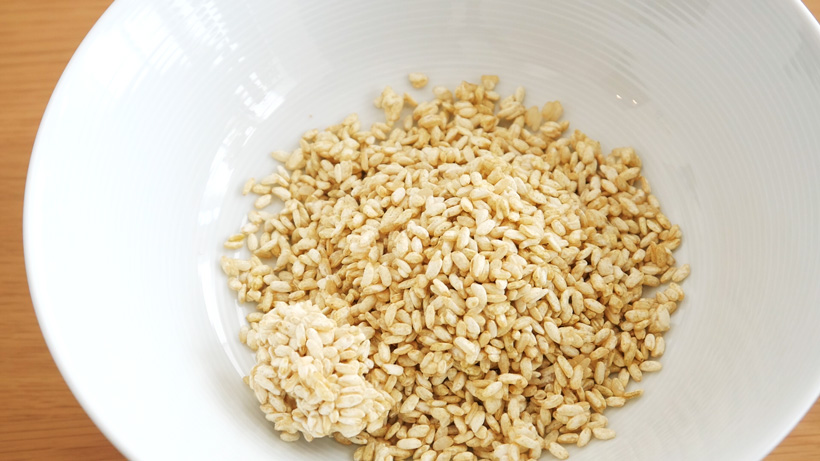 Koji culture is grown on various Japanese grains including rice, wheat and soy beans, but by far, kome (rice) koji is the most widely used koji culture.

Shio-koji (塩麴) – fermented koji salt – had long been known and used only in certain regions of Japan but was discovered by the media several years ago and became a huge cooking sensation.

What is so great about shio-koji? Well, it just makes everything taste so good!! I actually knew about this new shio-koji “fad” but didn’t get on the wagon for a while (there are so many cooking fads that come and go in Japan that I can’t follow everything up!). And when I finally tried shio-koji, I absolutely fell in love with it. It really is like a magical condiment.

I use it for everything where salt is called for, but I especially like to use on raw vegetables as marinade or salad dressing. It adds a bit of sweetness and brings out natural flavors of the vegetables. Also, when it’s added to soup, I don’t need to use dashi or broth as shio-koji itself is packed with umami.

Now, there are many kinds of shio-koji products readily available at any supermarket in Japan, but I like to make my own since I use it daily and want to make sure that I use shio-koji made with the best ingredients, namely high-grade salt and koji grown on organic brown rice.

Making shio-koji is actually quite simple. You just need to mix koji culture grown on rice (kome koji) with salt and water. It will ferment and become shio-koji in 10-14 days at room temperature. Or, you can take a short-cut by fermenting it at 60 C for 6 hours in a yogurt maker. I’ve tried both methods and couldn’t really tell the difference in resulting taste, so I just go with a short cut method:) 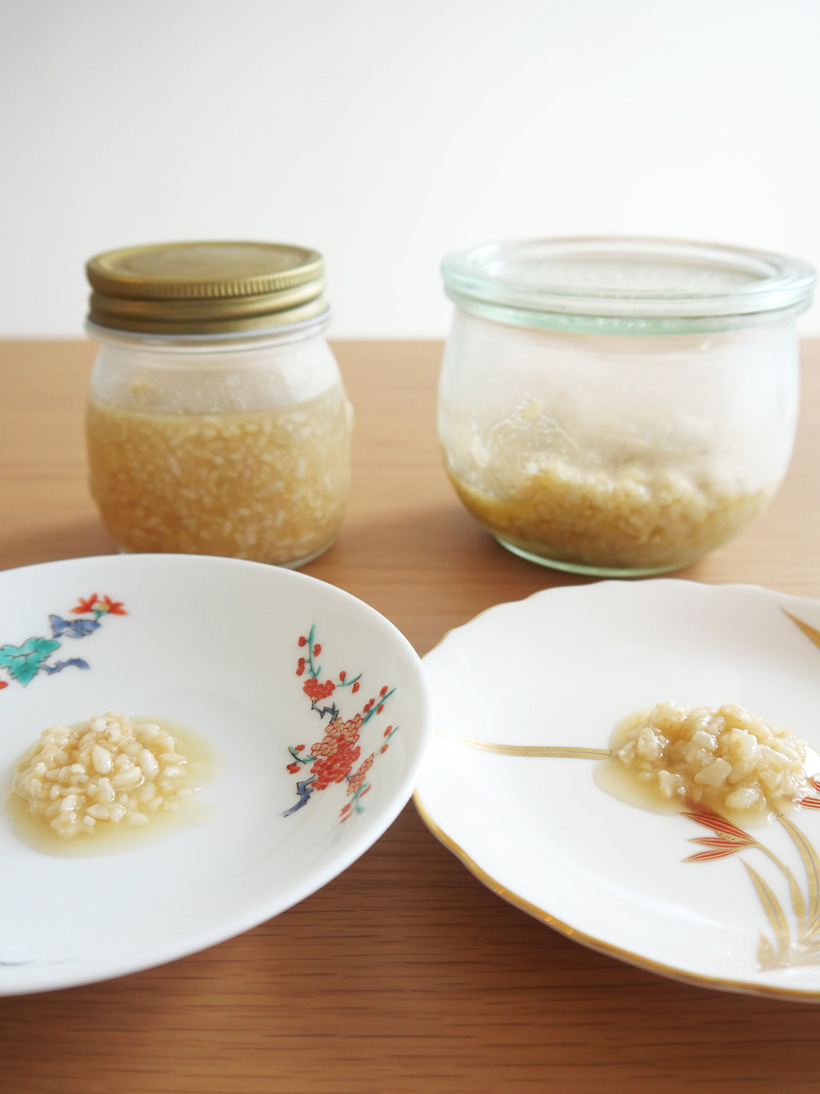 Sakekasu is a whole another koji condiment that is useful for cooking, but for amazake, I use non-alcoholic one made from kome koji.

Amazake, as the name suggests, is usually consumed as a drink rather than used as a condiment. This is because most of the times, amazake is made by fermenting rice porridge with kome koji and the resulting product is a soupy material suitable for drinking.

Another way to make amazake with kome koji though, is to not use rice porridge and ferment just the kome koji itself with water. This creates pasty, concentrated amazake which is great to use as a condiment.

Although amazake doesn’t contain any sugar at all, it’s super sweet from rice’s glucose. It’s also known as a “drinkable IV” in Japan for its richness in enzymes and various vitamins.

I like to put my homemade amazake in smoothie and on vegan yogurt, but I also use it as a substitute for sugar and sweetener in cooking (I actually don’t have any sugar for cooking at home because I use amazake in place of it). The sweetness of amazake is not as strong as sugar so it doesn’t overpower the natural sweetness of other ingredients (vegetables).

Making amazake at home is super easy. Just mix kome koji and water, and ferment it at 60 C for 6 hours in a yogurt maker. 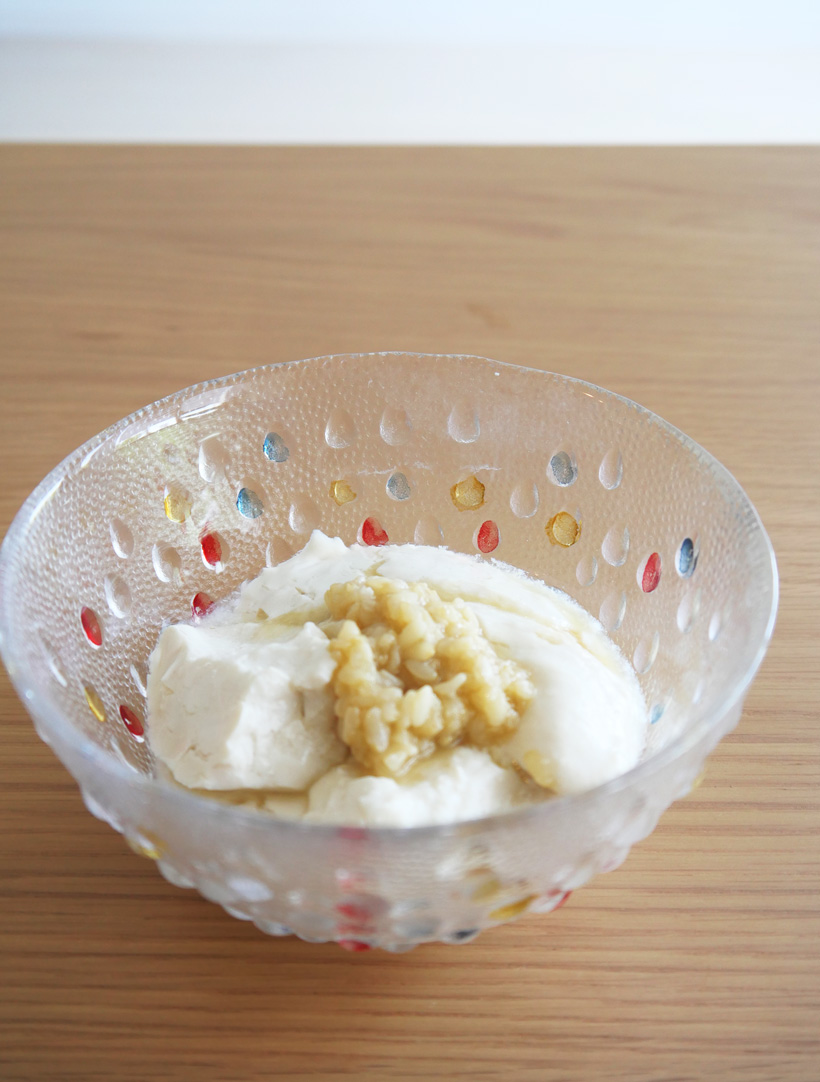 Shoyu-koji (醤油麹 or koji soy sauce) is just like shio-koji but made with soy sauce. If you are familiar with Japanese cuisine, you probably know that the taste which makes up the vast majority of Japanese dishes is sweet and salty (甘辛or amakara), like the taste of teriyaki sauce.

This sweet and salty taste is created largely by soy sauce and a combination of mirin (sweet rice wine) and sugar. While Japanese food is known as a healthy food, you will be surprised to learn that actually the level of sodium and sugar contained in Japanese food can be quite high.

I love working with shoyu-koji because, like other koji products, it is naturally sweetened by rice and just by itself can create the sweet and salty taste. When I need strong sweetness, I combine shoyu-koji with amazake, but usually I just use shoyu-koji for dishes where soy sauce, mirin and/or sugar are called for.

Just like shio-koji, shoyu-koji can also be used simply as a substitute for soy sauce, and my favorite is on raw vegetables as marinade or salad dressing.

There are many shoyu-koji products out there, but making shoyu-koji at home is also super easy. Just mix soy sauce and kome koji, and ferment it at room temperature for 7-10 days. I don’t think the yogurt maker method works for shoyu-koji since soy sauce tends to lose its flavor and fragrance when it’s heated for a long time. 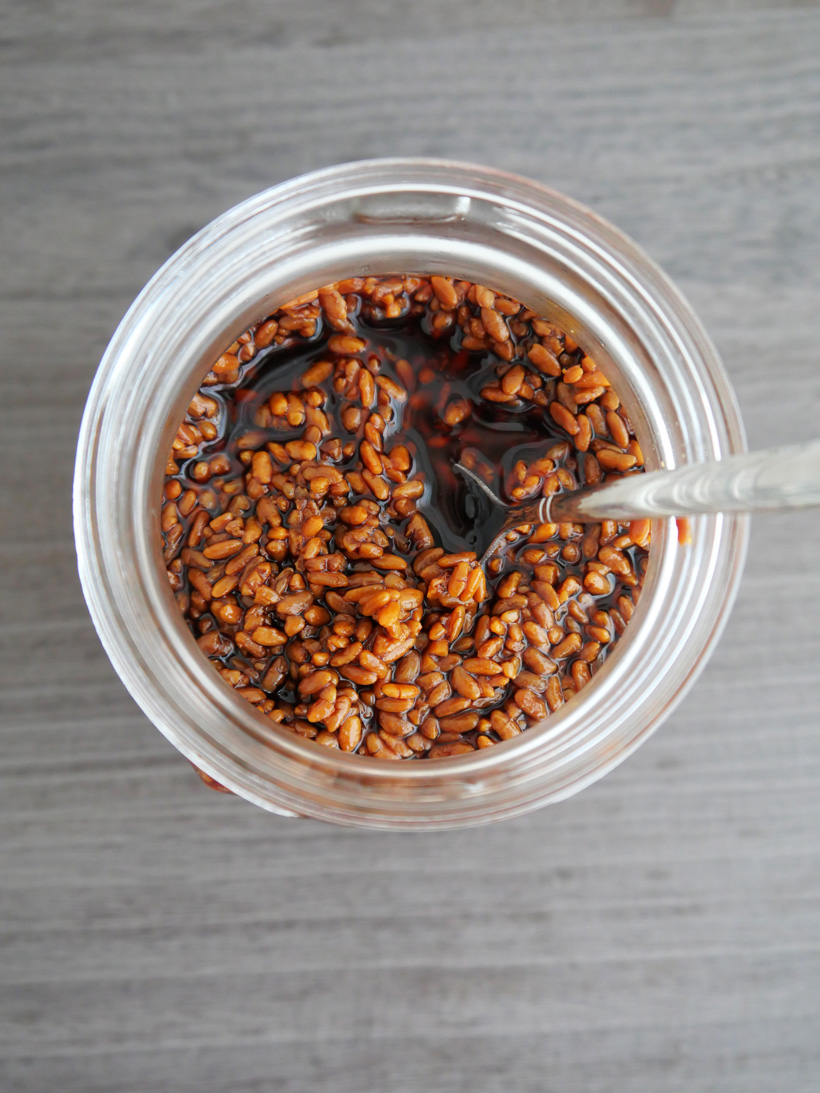 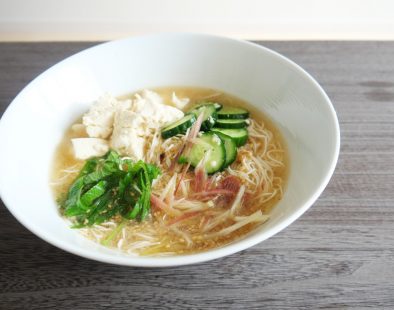 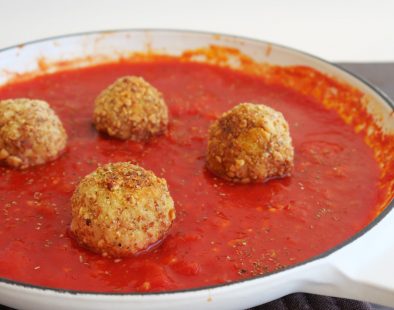 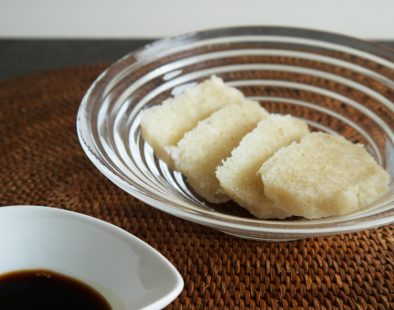 How to Make Okara Konjac

Okara konjac – a great vegan substitute for meat/seafood – is quite easy to make if you can get the ingredients!